Arizona has a lot of ants – in fact, the Grand Canyon state has more species of ants than any other state within the United States of America. There are over 300 native species of ants found within the borders of Arizona! However, this being due to Arizona’s diverse topography and geology, there are only a few main types that residents in the Phoenix area need to be informed and concerned about.

Arizona is home to several types of fire ants. However, luckily for Phoenix residents, the most dangerous ant species found in North America, the infamous Red Imported Fire Ant, has not migrated to Arizona. Thankfully for us Phoenicians though, they seem to struggle in arid environments such as Arizona. Red Imported Fire Ants (sometimes referred to as RIFAs) did surface for a while in Yuma, but were successfully exterminated. The Arizona Department of Agriculture constantly monitors for Red Imported Fire Ants, and despite our natural geographical deterrent, continues to take active measures to ensure they do not take hold in our state. Red Imported Fire Ants are found in parts of California however, and are quite prevalent from Texas eastward, originally having been introduced in Georgia. Being native to South America (hence their name, “imported”), Red Imported Fire Ants thrive in humid climates, and can even migrate via waterways such as rivers and lakes – their colonies can actually float!

Red Imported Fire Ants are perhaps most easily identified by their large unique raised mounds, which are typically composed of unusually loose, crumbly dirt which often have a fragile, sand-like appearance, with dozens or even hundreds of entrance holes leading to the underground colony. Red Imported Fire Ants are also the most aggressive of ants, swarming any perceived threat by the hundreds, latching down onto the skin with their mandibles, and stinging (rather than biting) repeatedly as long as their target continues to exhibit movement. In addition to their unusual coordinated ferocity, Red Imported Fire Ant stings are also the most painful of ants found in North America, and stings tend to linger longer than other ant bites/stings. Perhaps most dangerous of all, due to their aggressiveness, medical complications and allergic reactions tend to be compounded by the typically high number of stings.

Although exact figures are not available, it is estimated that more fatalities occur from Red Imported Fire Ants annually than all other ant species in the United States combined! It should be noted that deaths due to RIFA attacks are quite rare and are almost exclusively limited to severe allergic reactions resulting in conjunction with a large numbers of stings – only a handful of fatalities occur each year – many more people are killed in the US by dogs, “man’s best friend,” than ants, for instance. But again, respect and awareness is key if these creatures are encountered, and we recommend an exterminator be contacted immediately if Red Imported Fire Ants (or ants of any species) are discovered near living premises.

In general, ants are not a significant medical threat. However, they should be treated with caution and respect. Although a typical ant bite will usually just result in a small, itchy, mildly painful bump at the bite location, in large numbers, these bites can cause medical complications. In addition, some people can experience an allergic reaction to ant bites, which can include sweating, swelling, hives, blistering, breathing difficulty, nausea, vomiting and even shock. Anyone who exhibits these symptoms after being bitten or stung by any insect should seek immediate medical attention. 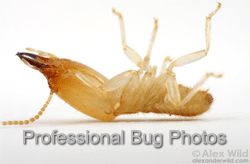